Family Of 5 Traveling The World

We spent two weeks in London. This is the second time that I have been here. The first time was with my Aunt Beth just about fifteen years ago. She took me around London and different parts of England. It was the first time that I had travelled somewhere by myself and I can still remember very vividly the roads we drove, the hotels we stayed in, and the cities we roamed. One of those cities, in fact my favorite city, was Bath, England. We stayed in South Hampton, Lakenheath and Mildenhall. It was one of the funnest trips that I have ever been on and I can’t imagine how much my Aunt Beth spent while we travelled around. This trip nearly fifteen years ago set up a lot of what we would do this time around.

In most public areas in London you have to pay to use the restroom. I thought this was interesting. The bathrooms were really clean.

London is expensive. Let me rephrase that. The exchange rate is brutal. There, that is better. Technically food, items, tickets and drinks really are not more that what you will find everywhere else. The English use the pound and £2 for a bottle of coke is similar to what you would pay in Ireland or America. The problem is that £2 exchanges to USD at $3.03. Well, with that small of a number you might not think it is that bad, so let’s look at a £45 pound lunch which turns out to be $68.63. Or maybe bus tour tickets that are £100 pounds but turn out to be $152.49 in USD. It all adds up, so that is one of the reasons we decided to only stay for 2 weeks. Getting around London can also be expensive. You have individual tickets and what they call the Oyster Card. You can rent a car, but then you have to deal with the LEZ.  I will outline in a future post the best way to get around London with a family.

Big Ben is a must see.

Cruising around London is pretty incredible. There is so much history. Historic buildings, streets, rivers and landmarks. The landscape is filled with a lot of beautiful old that is contrasted by the new. We stayed right by Tower Bridge and across the river from the Tower of London. It was the perfect location for us that offered easy access to the metro and buses with limited walking. We also had access to several restaurants nearby that were open pretty much all day.

Walking the streets of London can be breathtaking. The buildings are beautiful and ornate. We took the Big Bus Tour like we do in most big cities to get our bearings at where things are (review on our big bus experiences coming soon). Piccadilly Circus was fun to drive by and Westminster Abbey and Big Ben are iconic.

Museums are everywhere! We went to the Natural History Museum, Victoria and Albert Museum and a few others. Almost all of the museums in London have free admission but they ask for donations. The Victoria and Albert museum ended up being my favorite. They have several historical pieces of art along with tons of statues. They had one particular exhibit that I found to be fascinating about Chinese weaponry.

The two weeks we booked to stay in London were crowded. You had the Rugby World cup and the NFL. British children had a break from school for one of the weeks. So, needless to stay it was a little frustrating traveling around since you were always shoulder to shoulder. Lines were also very long. As of 2014, London has 8.5 million residents. So, adding in all of the visitors for the World Cup and the NFL games, you can see how it could be busy.

We went back to this store three different times so that Justice could play with the toys and I could check out the memorabilia.

This sign shows you the floors in the Hamley’s

Justice and I went to the Rubgy World Cup Experience. He played Rugby and was given his own ball to keep.

One of our favorite things to do when traveling is put together a picnic lunch and visit a popular square or landmark in the city we are visiting. This allows us to watch people and interact with them. It also allows us to immerse ourselves in the culture and enjoy some music from street musicians. This time it was no different. There was a man at St. Pauls Cathedral who was playing the bagpipes. The bagpipes happen to be one of my favorite instruments, so the time we spent here was incredible.

Similar to New York, London has big attraction shops like the M&M Factory and Ripley’s Believe it or not. We tend to not shop at these places since after you have seen one, typically you have seen them all. But, we couldn’t pass up on visiting one of the largest toy stores in the world.

Hamleys Toy Store was a blast to visit and I highly recommend it. Once you walk through those doors it’s as if you are a kid again. They have toy demos set up everywhere. You can almost sample or try out every toy that they sell.  This store has seven floors! Each floor has toy except for the top floor which is dedicated to candy, chocolate, ice cream and other delicious desserts.

I think visiting London is a must for anyone who hasn’t been there before. But, I am not sure I will have a strong desire to go back for a long time. I have realized in our two months of travel so far, that I prefer staying in smaller cities. Visiting the big cities for shorter periods are best for us.

I was thrilled that I was able to visit London again, this time with my family. Seeing the kids recognize Big Ben and other historic sites from movies they had watched was a lot of fun. Experiencing scones a clotted cream again is always a must. Overall it was an enjoyable two weeks. 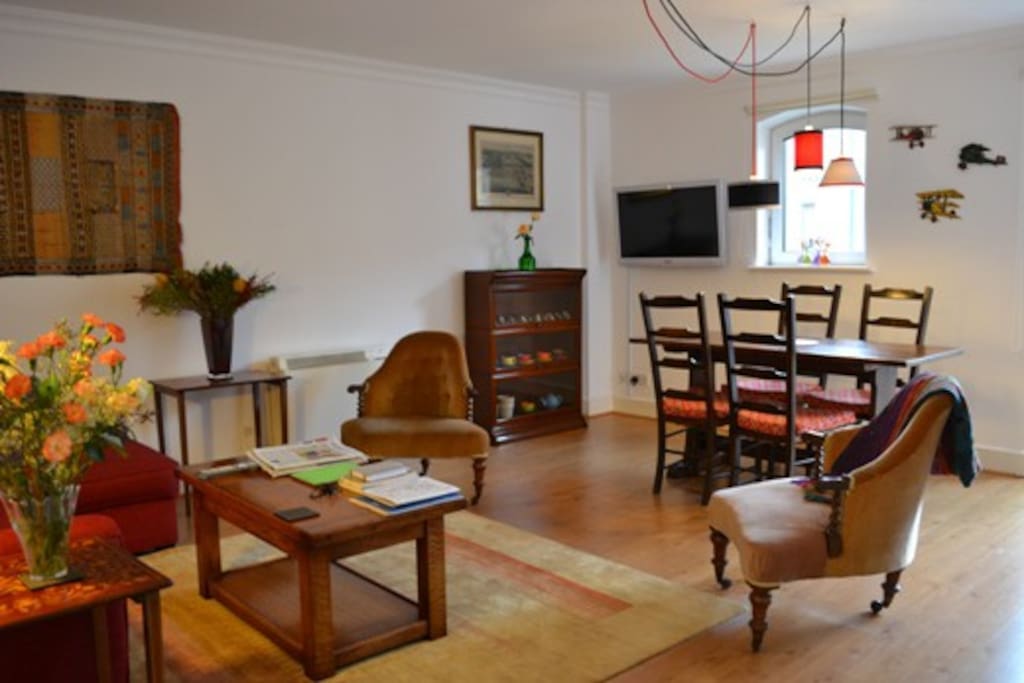 This lovely 2 bedroom apartment is situated on the 3rd floor of a beautiful portered development in Shad Thames only moments from the famous Tower Bridge and new Shard building. It is beautifully f…

Theme by Anders Noren — Up ↑